First of all congratulations on the release of your new album “100 Reasons to Live!”

What came first, DJing or Production?

Production, but I guess that started when I first started playing the piano at about the age of 4. When I was 16 I remember fucking about with some basic midi programs but at that point I was far more into playing the guitar in a few bands… I wanted to be the next Noel Gallagher. My first ‘actual’ attempt at producing was when I bought a Yamaha DJX keyboard to try and write some of my old trance music when I was 19. That said, I think DJing is also useful – one I started DJing at 20, I started to understand how you structure a record for clubs, and I got my first record deal at 22.

What was your first DJ setup and how old where you when you started?

Cheap Numark mixer, two Technics 1210s, which was the real part of the investment, and whatever crappy stereo people would allow me to plug it into. Pretty standard for the time. When I made a bit of money, I upgraded to an Allen & Heath Xone 62 because that’s what most of the clubs I aspired to play in had, and I figured getting comfortable on it at home would help, and then later added CDJs etc.

How much prep do you do for a DJ set? Does it vary between club and festival sets?

I don’t like overly preparing – losing the spontaneity takes a lot of the fun out of it, so generally I’d rather just wing it, and do that for the vast majority of club sets. Festivals require a little more preparation. When you’ve only got an hour, there’s less room for errors. If you play the wrong record in a club, you can usually recover, whereas in a festival the price of an error is higher, as there are numerous stages and people will just fuck off to another stage if they’re not being entertained. So for festivals, I usually have a fairly tight idea of how the set will sound, but I always end up changing something during the set as well.

What DJ setup do you use now and why? DJM900 Nexus with Traktor running off a dedicated MacBookPro, with two X1s. I tried Traktor when I was having a bunch of reliability issues with the Pioneer gear and just really took to it. It’s a little more hassle to set up, but I have a great tour manager who handles that. I love the fact that editing, looping, and jumping around the track can all be done very intuitively in real-time. When I was playing from CDJs, I’d edit all my tracks in Ableton in advance, whereas in Traktor, I just set loops and cue points, and do it all live. I can play 2 minutes of a track or 10 minutes.

We also use Traktor for running time-coded visuals, which means I have to give up the outer two channels – they become slaves for the inner two channels, and instead send timecode to my VJ at front of house meaning we can run fully in-sync lyric tracks and videos which totally follow the track and any edits I make live. It’s a fairly complex setup but we’ve been running it for about 2 years and it makes for an amazing visual show with fully live DJing.

For headphones I use a custom-moulded pair of Westone ES60 in-ear monitors, which I like because they mean I’m never worried about shitty monitors or the like – plus they’re a lot friendlier to my ears.

3 Essential pieces of production hardware/software you couldn’t do without?-

– Spectrasonics Omnisphere 2. So damn good.
– Focal SM9 monitors. Expensive but worth every penny.
– TrackSpacer – a very handle little sidechaining VST hardly anyone knows about that is incredible for fitting vocals or instruments into busy mixes.

I never really had any big inspirations when I started. I was just going to these cool fucking clubs and decided I wanted to be playing in them. These days, it’s just trying to be better every day. A better DJ, producer, person, etc. As long as I feel like I’m improving as an artist, and as a person, I’m happy.

If you could give 1 essential tip to our students at MakeMeADJ, what would it be?

Don’t focus on social media too much. Get your art right first. Become the best DJ or the best producer you can – the music will speak for itself, and the social media will take care of itself eventually. Getting too obsessive about like numbers and follower count takes all your time and will leave you as a B-Player even if you have A-Player skills. Nobody goes to see an artist because they post the best memes. 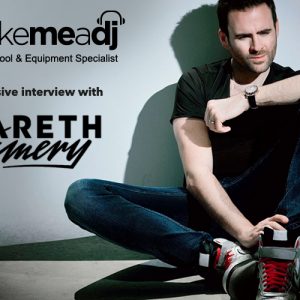